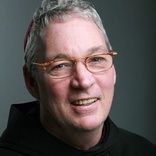 Bishop George Lucey, FCM
Presiding Bishop of the American National Catholic Church.
​Bishop Lucey completed his seminary studies at Regis College, the Jesuit Pontifical College at the University of Toronto. He holds a S.T.B and a M.Div. from Regis. During his formation as a Franciscan Bishop George ministered at St. Francis Table in Toronto, Canada, St. Joan of Arc in Toronto, at the Capuchin monastery in Monterrey, Mexico and at the HIV/AIDS clinic of the Order of St. Camellias in Ciudad Juarez, Mexico. He also earned a Master of Education (M.Ed.) from Cleveland State University, Cleveland, OH and a Doctorate in Psychology (Psy.D.) from Graduate Theological Foundation, Mishawaka, IN

In 2008 Bishop George was consecrated to the episcopacy in the line of Charles Duarte-Costa and through the Apostolic lines of Utrecht of the Bishops Harris and Carfora, at the St. Augustine Chapel of College of Chaplains of the National Cathedral in Washington, DC. Immediately following his consecration Bishop went to Cameroon, Africa, where there had been an absence of a bishop for two years. While there Bishop George erected the Diocese of the Holy Rosary with the necessary infrastructure, ordained two men to the priesthood, confirmed, baptized and aided in the founding of the Franciscan Sisters of Mary.

Fr. Jim Lehman, FCM  Pastor and Founder
As a young man Fr. Jim entered the Alexian Brothers, a Roman Catholic Order dedicated to the care of the sick.  After leaving the order, he continued working with those struggling emotionally and physically, getting a BA in Interpersonal Communications in 1973 and in 1975 his Master of Social Work. Both degrees were from Hunter College in New York City.  At the same time his desire to serve God and His people led him to pursuing ordination as a Permanent Deacon in the Roman Catholic Church.  In 1987 he was  ordained by Archbishop Robert Sanchez  in Santa Fe and following his ordination he completed a BA in Religious Studies from the College of Santa Fe.  For a while he served at IHM Cathedral in Las Cruces but left in 1995, completing his theological education at St. Alban Theological Seminary, getting ordained to the priesthood in the Anglican tradition, and founding Holy Family Parish.  He did this for he believed that church should be an place where "all were welcome."  While as pastor, he continued his work as a therapist in private practice and has worked at New Mexico State University as a College Assistant Professor in the School of Social Work.  To integrate these various interested in 2003 he completed  his Doctorate in Psychology looking at the psychological and spiritual affects of abuse and neglect.   In June of 2014 he was Incardinated into the American National Catholic Church.

Fr. Louie Amezaga, Associate Pastor
His interest in the priesthood led him to St.  Meinrad School of Theology where he completed a double masters in 1995.-MA in Catholic Life and Thought and an M Div.  He was ordained to the priesthood through the Roman Catholic Church where he served until 1999.   For a number of years he served part time at Holy Family while also teaching High School math and science.  Fr. Louie has been known to the people of Holy Family since 2002  and continues to teach at a local High School.   He was Incardinating into the ANCC in 2015.
EMAIL FR. LOUIE 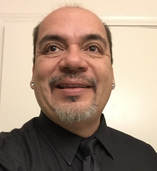 Fr. Tony Martinez
Fr. Tony Martinez, Associate Pastor
​Fr. Tony graduated with a MDiv from the Pontifical College Josephinum and was ordained to the priesthood on May 27, 1989 by Roman Catholic Archbishop Robert Sanchez of Santa Fe, New Mexico.  He served the Archdiocese in a variety of positions (Pastor, Military Chaplain, Director of the Permanent Diaconate Program, Professor at Eastern New Mexico University) up until 2004 when he left to pursue other directions in his life.  He served Holy Family from 2013 to about 2015 during this time he was also working in a leadership position for Molina Health Care. He now works for the State of New Mexico living in Albuquerque, NM.  If you are interested in having a Catholic Marriage performed in the Albuquerque or are preparing for the Sacrament of Baptism at Holy Family and wish to do your classes in the Albuquerque area please contact Fr. Tony below.  Fr. Tony was Incardinated into the ANCC in 2018.​
Email Fr. Tony